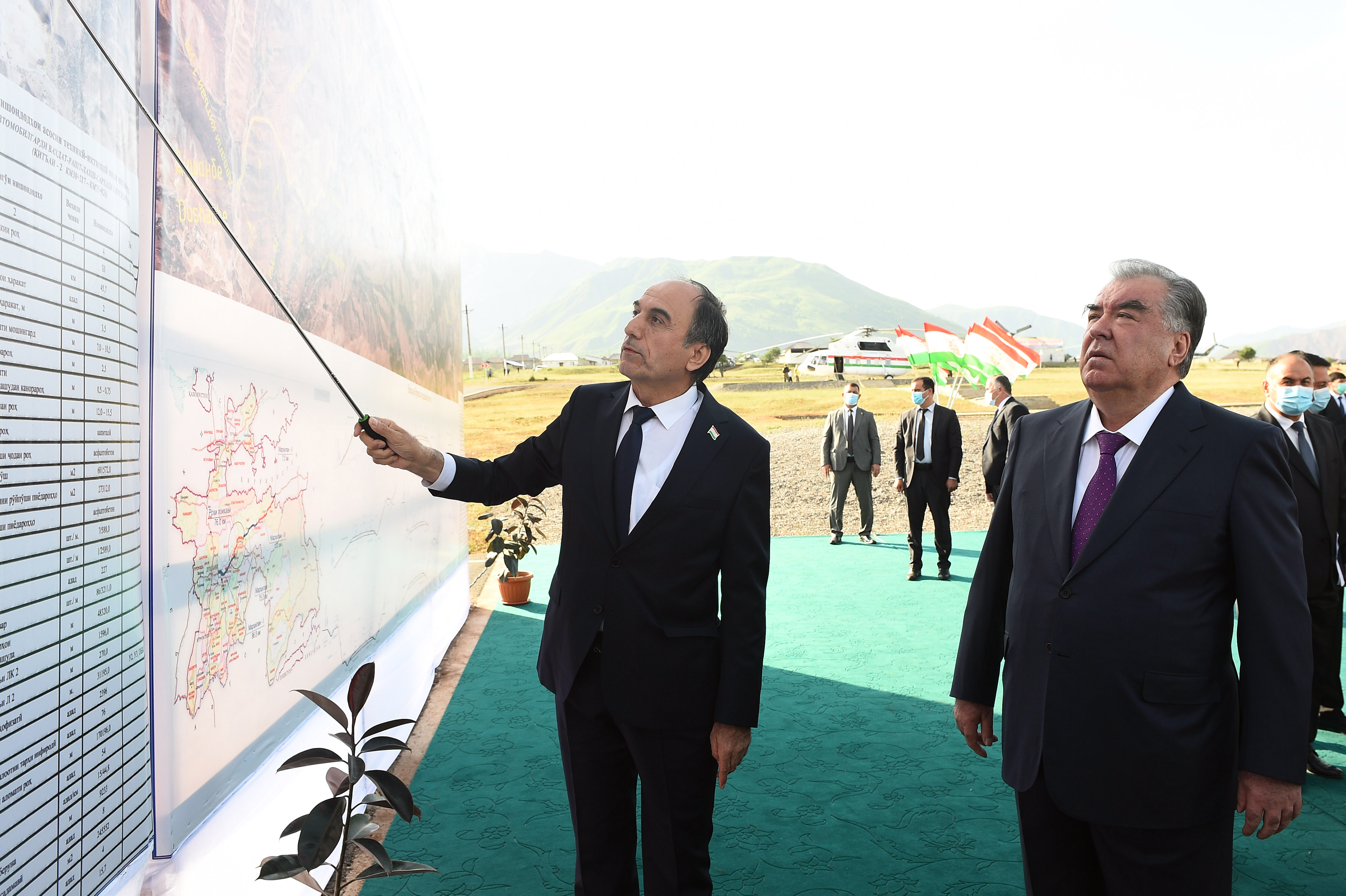 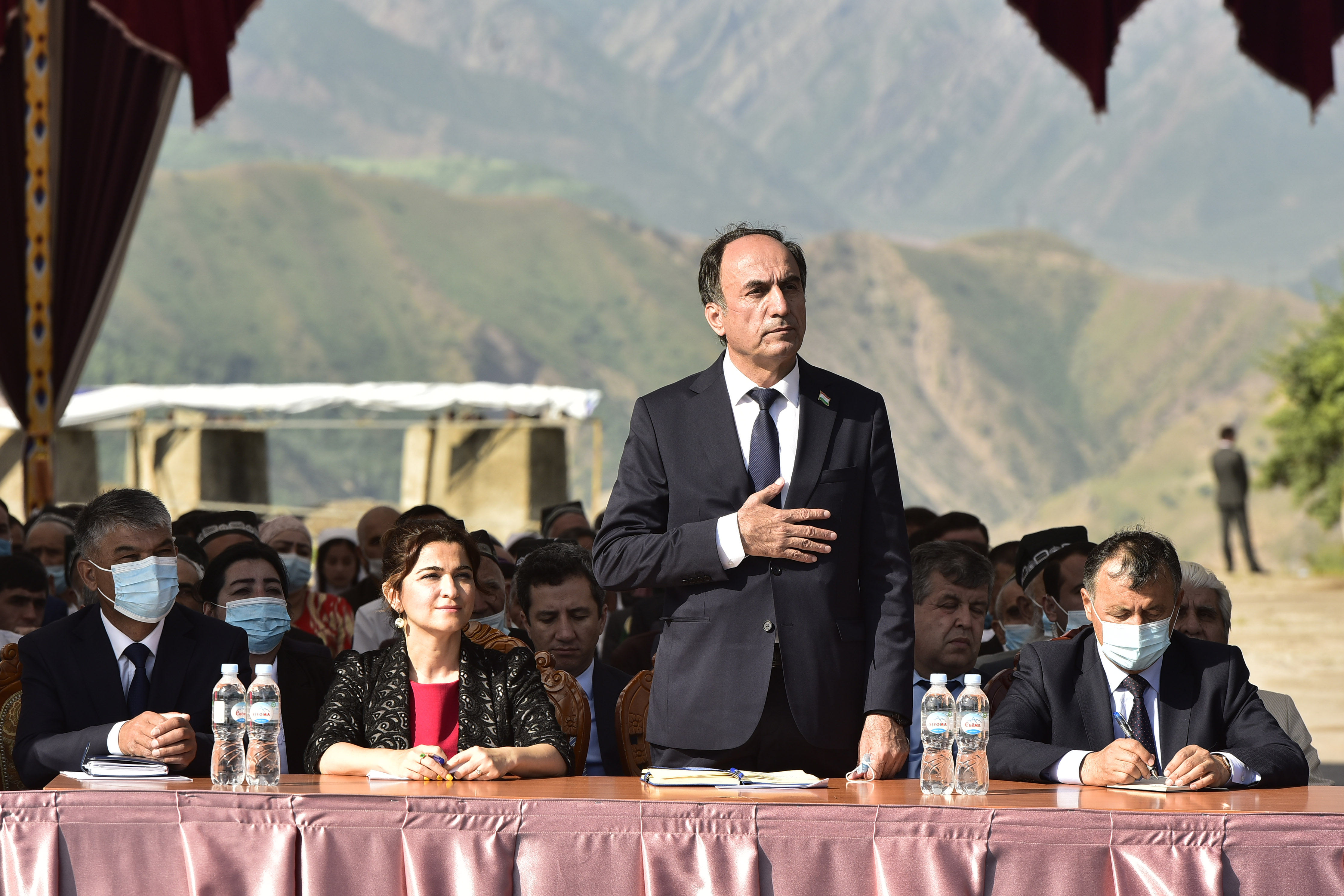 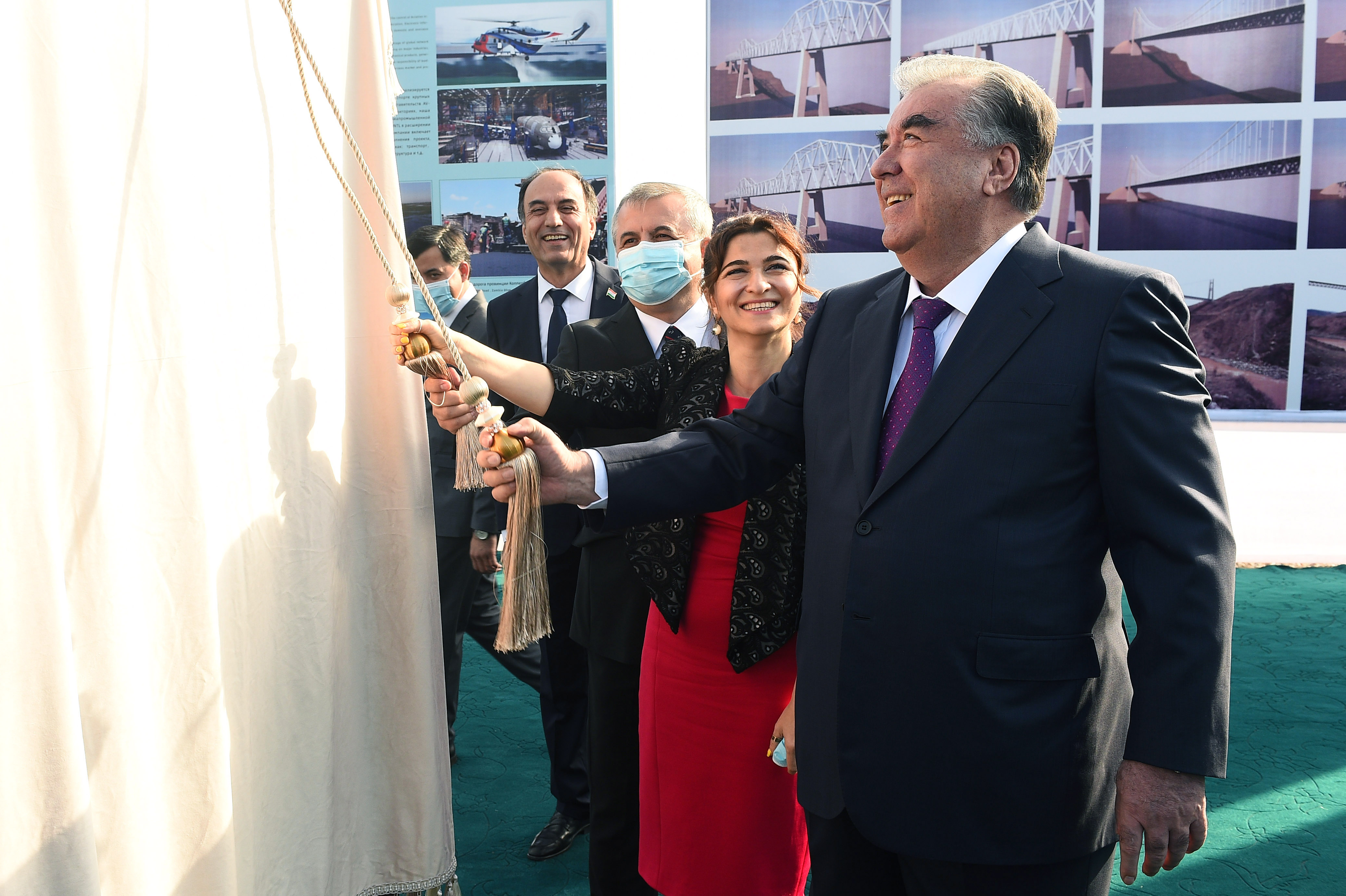 Commencement of construction of Phases 1, 2 and 3 of Rogun-Obi Garm-Nurobod highway project

June 7 The Founder of Peace and National Unity - Leader of the Nation, President of the Republic of Tajikistan Emomali Rahmon first got acquainted with the project of construction of Rogun-Obi Garm-Nurobod highway in Nurobod district.
Implementation of this important project is a continuation of the efforts of the state and the Government of the country to transform Tajikistan into a transit country.
The project is divided into three phases, the first phase of which will cover a length of 30.2 km of the main Obi Garm-Tagikamar road.
During the presentation of the project it was noted that at this stage the construction of tunnels "Kandak" with a length of 1.6 km and "Karagach" with a length of 1.7 km, construction of 5 new bridges, reconstruction of 1 bridge, 28 stations, sidewalks with an area of ​​14 thousand 860 square meters and installation of road signs with the length of 102.5 kilometers.
Funding for the first phase is $ 178.1 million, of which 110 million is a grant from the Asian Development Bank, 40 million is a loan from the Organization of the Petroleum Exporting Countries (OPEC) and $ 28.1 million is a contribution from the Government of Tajikistan.
The second phase of the project will consist of 44.1 km of the main road Tagikamar-Nurobod and 45 km of inter-village road and will be connected to the new main road.
As part of this phase, the construction of the Tagikamar tunnel with a length of 2.6 kilometers, 6 new bridges, repair and reconstruction of 1 existing bridge, 1 regional bridge, 54 stations, sidewalks with an area of ​​27 thousand 312 square meters and marking of 107.2 kilometers of roads. intended.
Also, 70 kilometers of local roads of the mentioned districts will be constructed and reconstructed within the framework of the project.
The source of funding for the second phase is a loan from the European Bank for Reconstruction and Development, amounting to $ 150 million.
The third phase of the project is the construction of a large bridge with a length of 760 meters.
The large-scale financing is provided by the Asian Infrastructure Investment Bank, which amounts to $ 50 million.
During the presentation of the project to the President of the country Emomali Rahmon was informed that for the preparation of a detailed project and feasibility study of this bridge an agreement was signed between the Ministry of Finance and the Asian Infrastructure Investment Bank in the amount of $ 3.2 million.
Also all the technical means of the road construction, including the advanced machineries, were delivered to the main construction site.
The total cost of the project is more than 4.3 billion Somoni (more than $ 381 million), which includes grants and concessional loans from development partners.
After getting acquainted with the course of implementation of the project, the head of state Emomali Rahmon officially started the construction of the Rogun-Obi Garm-Nurobod highway by lifting the curtain over the symbolic stone.
The President of the country Emomali Rahmon addressed the residents and guests of Nurobod district on the occasion of the beginning of construction of another great facility for our country.
At first, the head of state congratulated all residents of the Rasht Valley, Gorno-Badakhshan Autonomous Oblast and all those present on the occasion of the beginning of construction work on this road, which is another good step in the creative process in honor of the 30th anniversary of state independence.
It was stressed that the goal of the state and the Government of the Republic of Tajikistan to build transport infrastructure in Rasht region is to ensure the development of various sectors of the valley and Gorno-Badakhshan Autonomous Region through alternative roads and on this basis to create tens of thousands of new jobs. to improve people's lives.
Continuing his speech, President Emomali Rahmon stressed that the construction of the Vahdat-Rogun-Nurobod-Rasht-Lakhsh highway with the support of development partners began in 2005 and within the framework of investment projects more than 310 km of roads of international and national importance and 138 kilometers of local roads have been built and put into operation for a total amount of 1.9 billion somoni.
After the speech of the President of the Republic of Tajikistan Emomali Rahmon the head of the European Bank for Reconstruction and Development Ayten Rustamova and residents of Nurobod district made speeches.